The rise of the gay liberation movement in the early 1970s has without a doubt influenced states’ political agendas and policies across the globe. Thanks to globalization and the subsequent revolution in communication technologies – which has made possible the dissemination of information and ideas worldwide – LGBT organizations have been more than able to persuade states and international organizations that political action is essential to ameliorate the well-being of non-heterosexual people (Kollman et al. 2009: 1-3). Particularly Western countries now recognize LGBT rights as human rights, have introduced the principle of non-discrimination on the basis of sexual orientation in their legal systems as well as recognized same-sex marriage (Rahman 2014: 280-285). Nevertheless, in the last decades, the world has witnessed a backlash against LGBT people, specifically in former colonies, Muslim-populated countries and in Post-communist states even though Western countries have also experienced a rise of homophobia.

Why do states choose homophobic practices and rhetoric against sexual minorities? Queer studies and Queer international theories – which have as research object the analysis of the process through which sexualities are governed, normalized and resisted by states, NGOs and international organizations – have pointed out that the acceptance or not of international norms is the result of differing perceptions of threats among states (Weber 2014: 597). Globally, a tension can be found between the powerful states of the Global North, which depict themselves as champions of LGBT rights, and their former colonies of the Global South, which are trying to resist to their advancement and engage themselves in state homophobia (Bosia 2014: 258). In the process of resisting to the international diffusion of LGBT rights, states play a central role in constructing sexual minorities as a threat to their survival. ‘Threat’ is defined as anything that might endanger a set of values of a certain social group while ‘perception’ is the process through which something is understood and interpreted by a specific group. Political authorities and publics socially construct the perception of threats through discourse and, in this process, those countries that explicitly refuse the recognition of LGBT rights often argue that ‘new’ forms of sexuality have to be considered as threatening national identity and, as a consequence, self-defence is required to fight them.

Recent studies (Ayoub 2014: 339) set out that resistance to the internalization of sexual minorities rights is higher in those states where religion is extremely linked to national identity and it continues to be embedded in society. For example, in Muslim countries, which are characterized by high levels of homophobia, religion negatively impacts on Muslim attitudes towards sexual diversity (Wilkinson et al. 2014: 252). Countries like Estonia, Latvia, Lithuania, Poland, Greece, Italy and Ireland, where the Church maintained and still maintains deep ties with the society and the state, have been the latest to embrace LGBT rights. Differently, in countries such as Slovenia, Slovakia, Czech Republic, Spain and Portugal which have traditionally been catholic, the Roman Church had a little role in their democratic transition. As a result, the recognition of LGBT rights has been fairly faster in the latter. Yet, also the most secular societies are experiencing a rise of homophobia (Browne et al. 2014: 330). A possible explanation might be related to the greater visibility that gay people are gaining. Indeed, the more visibility LGBT people achieve, the more they could become an easy target for anti-gay rights activists. While visibility matters since it is crucial to spread acceptance, the normalization of homosexuality has led some of the opponents to become more radical as shown by the terrorist attack inside a gay nightclub in Orlando, Florida, in 2016. 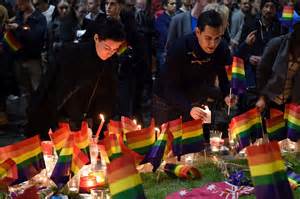 In autocratic regimes, sexual minorities are framed as a threat to ‘traditional’ values such as the family, the well-being of children (gay people are often linked paedophilia) and reproduction, the latter associated with potential lower birth rates compromising the survival of the nation (the more gays, the less children, the dead of the nation). The stress on the protection of traditional values has the most prominent manifestation on the so-called ‘anti-gay’ laws in Russia enacted in 2012, which are aimed at preventing the promotion and visibility of non-heterosexual sexual conducts. In order to secure his power, President Putin has found an ally in the Russian Orthodox Church, which is the primary defender of traditional values and has a great influence in society. Putin has utilised a non-universalist conception of human rights based on the idea of ‘moral sovereignty’ to legitimize the discrimination against LGBT people (Wilkinson 2014: 366-370). According to this idea, states have the crucial responsibility to protect traditional moral norms against external influences that might corrupt the country. Hence, it is legitimate for each state to reject international norms and obligations perceived as such, especially the West’s imposition of culturally alien norms such as LGBT rights. Moreover, the rights of the majority take precedence over those of minorities according to this perspective. Consequently, it can be said that no human rights are violated in Russia, as Russia officials often use to state. Put simply, in Russia the political narrative of traditional values is being used to promote a violent agenda aimed at limiting democracy and the human rights of those people who do not conform themselves to the dominant sexual orientation.

Far from being a product of national culture, the violence used by authoritarian regimes against LGBT people is nothing else that a political tool to intimidate the population in order to consolidate power, justify conservative policies and distract people from most pressing issues. Egypt and Iran, for example, punish gay people for being who they are by using spectacular forms of violence such as hanging them in public spaces. Russia’s anti-gay law have been utilised as expedient to limit civil and political liberties and, in turn, subverting democracy. Gay people are not as much different as all those groups that throughout history have been targeted by the political power such as heretics, Jewish and other minorities

Lesbian, gay, bisexual, transgender and queer people remain amongst the world’s most vulnerable minorities. The international community should take a much stronger stance against those regimes that use them as political scapegoats. The previous Obama administration had a strong stance on this issue but it seems unlikely that Trump will do the same as he has remained fairly silent with regards to the inhuman and degrading treatments that gay people from Chechnya are experiencing despite global condemnation.